The Planet Mars in Ancient Myth and Religion 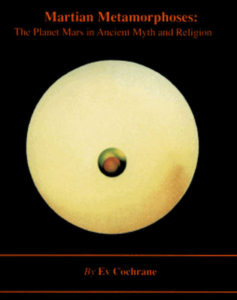 The Planet Mars in Ancient Myth and Religion, By Ev Cochrane

The Death of Heracles

The Stairway to Heaven

Earthlings have long been fascinated by the planet Mars. Well before modern science fiction speculated about advanced civilizations on Mars and the dire threat of invasion by little green men, the red planet was regarded as a malevolent agent of war, pestilence, and apocalyptic disaster. In an attempt to appease the capricious warrior-planet, various ancient cultures offered it human sacrifices. What is there about this distant speck of light that could inspire such bizarre conceptions culminating in ritual murder? And how do we account for the fact that virtually identical beliefs are to be found around the globe, in the New World as well as the Old? The present book will seek to address such questions.

For untold millennia prior to the advent of scientific astronomy and well before there were any records which could properly be called historical, human beings recounted myths surrounding their favorite heroes and gods. Prominent themes in these sacred traditions include the Creation, the Deluge, the wars of the gods, and the dragon-combat. Despite the passage of eons and the destruction of countless cultures, such myths were committed to memory and told again and again primarily because they represented sacred knowledge regarding the history of the world. Until recently such traditions have been given short shrift by scholars in general and all but ignored by mainstream science. This is most apparent, perhaps, in the modern astronomer’s faith that more can be learned about the recent history of our solar system from running computer simulations than from considering what our ancestors had to say on the matter.

If we are to overcome this modern prejudice and properly evaluate the ancients’ testimony, how best to proceed? From a methodological standpoint, it is possible to investigate the ancient reports surrounding Mars from several different vantage points. The most obvious is to collect and analyze the ancients’ observations and traditions with regard to the various celestial bodies. This task was begun in the last century and is now well under way, forming a central concern of the burgeoning science of archaeoastronomy.

In addition to the information to be gained from simply compiling the ancient reports surrounding the respective planets, a second approach would be to investigate the traditions surrounding ancient gods identified with the various celestial bodies in the hope that they might preserve some astronomical information. That the gods were early on identified with the respective planets is well-known, such being already apparent at the dawn of history and ultimately coming to form a fundamental principle of Babylonian religion.

In Babylonian astronomical texts, for example, the planet Mars is routinely identified with the war-god Nergal. We will have reason to examine the cult of Nergal in great detail, arguing that it is impossible to understand the traditions surrounding this god apart from ancient conceptions surrounding the red planet. The cult of Nergal, in turn, will serve as a recurring point of comparison in our analyses of the war-gods of other cultures.

A third strategy, hitherto overlooked, would be to compare ancient reports surrounding the various planets with traditions involving heroes or heroines identified with them. Ancient beliefs surrounding the planet Mars, for example, might be compared with traditions surrounding Heracles, the identification of the Greek strongman with the red planet being common in Hellenistic times. Here, too, it would appear that students of archaeoastronomy have overlooked a valuable source of information. Indeed, it was the vast nexus of characteristics shared between the planet Mars and Heracles which led me to postulate that the inspiration for the mythological traditions surrounding the Greek strongman was the primeval appearance and unique behavior of the red planet. (E. Cochrane, “Heracles and the Planet Mars,” Aeon I:4, 1988, pp. 89-106; Idem, “The Death of Heracles,”Aeon II:5, 1991, pp. 55-73. )

As the title attests, this book is an exercise in comparative mythology. Our subject of study is the figure we have designated the “warrior-hero.” It can be shown that a vast corpus of myths surrounding this figure survives from virtually every corner of the globe, such traditions being traceable in the most ancient literature as well as in recently collected oral accounts. Many of these myths are still with us today, forming prominent themes in modern cinema. Some will be familiar to our audience–those surrounding Heracles, Perseus, Odysseus, and Samson, for example. Others, such as the mythological traditions associated with the names Nergal, Indra, Thor, and Cuchulainn –although equally compelling–will perhaps be new to the reader.

It will be argued that many of the greatest mythological themes reflect ancient man’s obsession with the red planet. Indeed, we will attempt to show that Mars’ prominence in ancient consciousness is directly attributable to the peculiar behavior of the red planet, which only recently participated in a series of spectacular cataclysms involving the Earth and various neighboring planetary bodies. If our thesis is valid, it follows that the orthodox version of the recent history of the solar system is itself little more than a modern “myth” and stands in dire need of revision. With implications this far-reaching, the ancient traditions surrounding the planet Mars suddenly take on new significance. 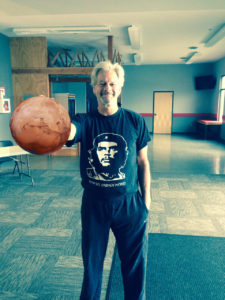