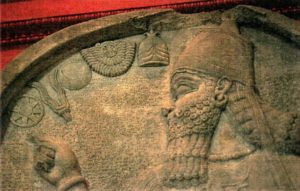 The modern science of archaeoastronomy attempts to measure a culture’s interest in celestial matters by investigating its astral lore, calendrical systems, monumental structures, and manifold religious rituals. Although the scientific discipline in question is still in its infancy the verdict is already in: Astronomical phenomena played a central  role in the belief-systems of ancient and indigenous cultures around the globe. Worship of the planet Venus and other prominent celestial bodies is well-attested already at the dawn of recorded history in Mesopotamia and Egypt, and much the same is true of the earliest cultures of Mesoamerica, where the observation and veneration of the various planets formed a virtual obsession and regularly featured human sacrifices on an almost unimaginable scale.

In the past four decades I have written as much as anyone on the planets’ formative influence in the genesis of ancient myth and religion, endeavoring to decode and reconstruct the collective testimony of early skywatchers from around the globe. The following articles address a number of key issues in archaeoastronomy and, taken together, offer compelling evidence of wholesale changes in the solar system well within the memory of mankind: